Perfected Tyranny is the name of a fictional system of government in my science fiction setting. It was created by the greatest minds, both biological and mechanical, in order to preserve biological life in the war against the SICOs (the solar beings).

It's pretty hard to create a perfect government, since I am not a perfect being myself. But I really enjoy the idea of a totally or near perfect, self replicating government. It's practically self aware, by virtue of the people who live in it and follow its codes.

Tyranny's Purpose
The solar beings hate intelligent life. They're made of living, evolved light and can take different forms, but have “genetics”, “races”, and “genders” all of their own. The touch of a solar beings can cook your skin, lock up your entire nervous system, and destroy matter. They can also fire energy blasts. Though most intelligent biological organisms are on a roughly humanoid scale of size, the most ancient and powerful solar beings can be as large as starships. Indeed, they act AS starships, and can only be fought with the advanced weapons of a starship.

So, how does one fight this threat? The solar beings are energy based creatures, and so you cannot harm or injure them with physical attacks. On the plus side, that means energy shields are as physical to them as brick is to us, meaning you can keep them at bay with the proper shielding. You have to use laser blasters, plasma throwers, ray guns and so on to actually hurt them, knives and bullets won't work. This is also a convenient explanation as to why everyone in the setting uses laser guns instead of bullet based weapons. You need to blast them apart.

But how does one make weapons of this strength? Well first, it takes a lot of technological advancement. Then, it takes a lot of resources. In the same way a tiny isolated island tribe could never be able to support the kind of craftsmen capable of creating medieval plate armor, or a small medieval village could never manufacture an Abrams tank, a single continental nation is poorly equipped to create the kind of weaponry needed to fight even a single SICO, much less the entire spectrum. It requires a larger, more planetary or star system sized scale. 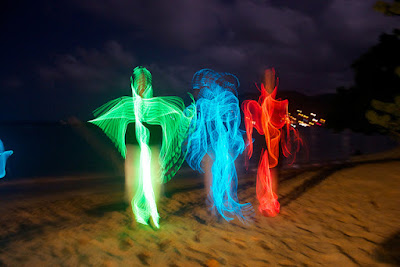 Perfected Tyranny's structure is basically space feudalism. Not real feudalism with the whole three estates thing or pop culture feudalism, but structural feudalism in space. Each local power is required to hand up a certain amount of material, wealth, and/or fighting men to the rank above it. That level would be the entire cosmic body; like a planetary governor. This power must then send up its resources to a system-wide power, which will then be sent up to a quadrant or star cluster manager. Eventually, it ends up to the big cheese himself. I don't even have a title for his job yet.

This loose and segmented structure means that, as territory is lost or gained, things don't have to be restructured back at any kind of central command. Additionally, it works well for a sort of government that is “always at war” as Perfected Tyranny essentially is.

Because space is big, and science fiction is all about diversity and scale, the real beauty of this system is when you consider how it allows creatures of totally different cultures to work together. The 'local power' could be literally anything; a king, a clan, a democratic utopia or a dictatorship. It could be a corporation that sends money up the chain as part of its taxes, or it could be a peaceful, communistic hive mind of aliens, who simply mine for ore and crystals to send up to the Tyranny.

Unchanging Fluidity
Because this is for a game, you can retroactively change or add details to PT to make it seem smarter then it actually is. This is something I want to try to do, at least until my players get annoyed by it. Like I said, it's supposed to be the 'perfect' government type. All the bases are covered.

Some species value being able to fight to the death to prove your worth, so how does this system cover that? Well of course it does- if an underling kills their supervisor, they can become that new leader of that level of the system, and as long as they keep sending money up the pyramid nobody will care. The local clans might, and get into a blood feud, but the system itself will continue. Unless of course it doesn't. If the blood feuds and military coops start to stop the vital power structure, the regional powers at be will send in their agents. The Enforcers.

Enforcers are for-contract police officers. At their digression, they can choose to obey or ignore local customs whenever they are sent to resolve a matter or end a dispute. This balances itself out nicely; there is no legal recourse if one of them decides to kill a local politician of your alien race that you all loved- but you also suffer no legal issues if you just kill the Enforcers instead. and figure out to fix your shitty alien drama yourself. That's the mixed bag about being an Enforcer, you get to kill people but they might kill you back. You're immune to consequence but also unprotected.

Also, the Enforcers are the players.
Posted by Cacklecharm at 6:00 AM