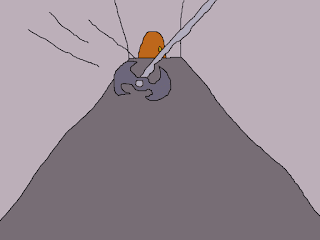 Clothing Style – 1d8
[1] Bones, tied around as armor and to cover themselves. Human skull as codpiece is popular.
[2] Uniforms. Poor material and stitching, but well cleaned and pressed. Complete with medals made of squashed coins and colorful ribbons for trap making and human killing skills.
[3] Dirty togas made from stitched fabrics. The kobolds have arranged themselves into social ranks.
[4] Scrap metal links and tied into armor. No other clothing beyond that. +2 AC
[5] Skirts made of grass and leaves. Because they live in a dungeon, leaves are rotting and old.
[6] They all wear oversized long shirts or sweaters, goes down to their knees.
[7] Wear tiny rune-carved wooden talismans. They gather darkness, smoke, and dust around themselves to cover their nudity. First spell hits them breaks the talismans and makes them naked.
[8] They wear nothing but leather harnesses and toolbets used for trap building.

Trap Making Fad – 1d10
[1] Water. Every trap relates to water in some way, like flooding a room to drown people, or a trap activates if a still pool of water is disturbed.
[2] Each trap has a 1 in 6 chance to not do any damage, it stops short on purpose to show the skill and 'humility' of the trap maker. Axeblade stops inches from your neck.
[3] Pendulums. Every trap has to be on a swinging pendulum; arrow traps are timed to fire as they swing, poison gas traps are put inside a goat stomach and popped by a pendulum, etc.
[4] All traps are normal, but done by magical means. Portal traps teleport you to a ditch just below them, conjures bolts just like an arrow trap, etc.
[5] Wild animals. Blood sucking bats released from above, owlbear locked in a closet, etc.
[6] Overly complex rube goldberg machienes triggers for traps.
[7] Traps are designed to capture one character into a sticky situation, and the obvious solution to free them activates a dangerous trap against the captured character. Such as an iron maiden envelopes a character, then a nearby lever just makes it squeeze harder instead of freeing them.
[8] Every part of the trap is highly decorated. Depict kobolds triumphing over humans or the religious figure these kobolds worship.
[9] Every trap in the warren is collected in one extremely deadly hallway or room. Taking almost any step or interacting with almost any object activates some kind of trap.
[10] Life force binding rituals ensure traps are partially 'alive' and can reset themselves, along with occasionally changing how they act and triggering themselves. This also means they can be 'killed'.

Religious Figure they Worship – 1d8
[1] Dragon of a random color. The dragon may be dead or may not care about kobold worshipers.
[2] Fairy trapped in a bottle. They don't seem to notice its very obvious requests to be released.
[3] Skeleton of a large, badass kobold ancestor. Said to be progenitor of the tribe. 50% chance for it to just be a lizardman corpse.
[4] Stone face carved into a dungeon wall. It seems to be a highly advanced Magic Mouth spell, as it can respond to a few questions and even reacts to things going on around it.
[5] Black pit. They throw a rope and bucket down it, and occasionally pull back up a gemstone or minor magic item. In return they throw down sacrificial victims.
[6] Gigantic bronze clockwork calculator machine.
[7] Glowing meteorite chunk. Kobolds who sleep with it get engineering knowledge in their dreams.
[8] The shriveled old hand of a witch, can aid the shaman in casting spells. It terrifies them.

Some Warrens may also have a secret weapon.
Posted by Cacklecharm at 6:00 AM