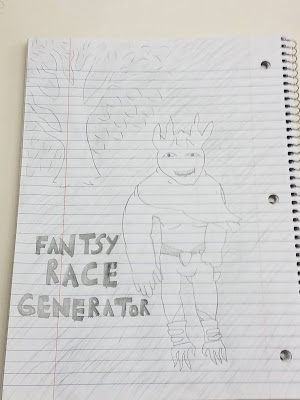 This generator will allow you to create random playable or monster races for fantasy settings and worlds. To begin, roll 1d3 on the following table for the racial type. If you want to directly roll a random fantasy race;  Skip to the body-generator. Once your type has been rolled or chosen, start where instructed and follow from top to bottom, rolling on each table or category.

This generator is quite long and complicated, and can create some very freaky stuff. It can also create some very boring stuff. The ideal here is a generator that can make Tolkien orcs, Japanese style pig-orcs, weird final-fantasy esque versions of orcs, and Warcraft orcs all in one table. Many categories here uses at least two dice to create dice curves; making some outcomes more rare then others- this is intentional to keep a more believable baseline.

If you want to see it in action, here's the examples.

Roll on these tables to create the basic overview.

Skin Covering - Roll 1d8
Every race will have a skin or skin covering. The skin type determines other features of the creature which fit; for example, a tauric creature that has scaled skin would have the lower half of something like a komodo dragon. Skin types usually cover the entire creature, with coloration patterns and adornment as what would be found in nature; the exceptions are anything rolled on any table in this generator which contradict this. This skin-covering table also covers things like hair or other details.

Eyes - Roll 2d4
Determines the general makeup and position of the eyes. Eyes try their best to be symmetrical. 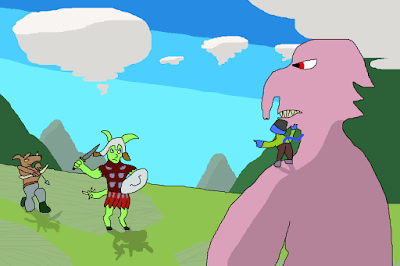 Physical Modifiers
Note: If you are skipping here from rolling Humanoid, then your race has two arms, two legs, and is covered in skin. They have a human like face and two eyes. Roll every table from here on out.

Tail Table - Roll 1d4 then 2d6
Table to determine if a creature has a tail or not. Animal people are assumed to have a tail, as they skip this section anyway.

First, roll a 1d4.
[1-2] No Tail.
[3] Standard tail. The tail is fitting for their skin covering and is at a length that is about 50% of their height, so it doesn't drag on the ground. Those with human skin have a cow tail instead of a gross pink flesh tail, to better fit the high-fantasy theme.
[4] Roll on the Advanced Tail Table.

Diet - Roll 2d4
Determines what the creature eats and its tooth shape. Could also factor into forms of aggression and/or bite attacks along with the face shape above, if rolling a totally generated race. Humanoids will still have more human faces, but may have unusual teeth and diets. For humanoids- you can roll a 1d3+3 for a more bounded result. If you want a more mundane table; you can roll 1d6+1.

Special Body Features Table - Roll 3d6
This table lets you generate a special body feature for members of this race. Typically you'd only want to roll once per race to prevent them from being too overloaded with concepts.

Body Color - Roll 2d4
Individuals of this race tend towards this coloration; but can vary based on bloodline or other factors. There is no reason to assume a fantasy race can't have different ethnicities, as humans do.

Homeland - Roll 1d12
This is the preferred biome or ancestral climate that this race was either most evolved for or created to live in by the Gods.  While partially cultural, this can also effect biological factors, such as a furred race having thinner, light colored fur if their homeland is a hot savanna.
You can also roll 1d8 for purely terrestrial or 1d10 for natural only habitats.

(Optional) Stat Adjustment - Roll 1d30
This table can be used to give a race a stat adjustment. This table just features a positive and negative possible result for every stat. The rest of this generator hasn't given any mechanical backing to any of the special traits; so this is just there for flavor in case you want a jumping off point. 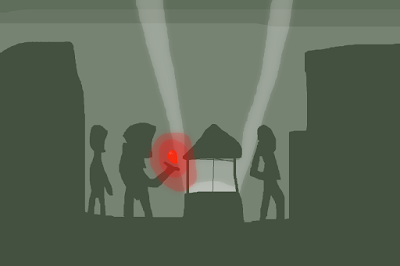 Cultural Modifiers
Note: If you are skipping here from rolling Animal Person- Then your race is a bipedal, anthropomorphized version of your chosen or rolled animal. Any stats or special abilities of the race should be based on the animal stereotypes themselves; foxes are clever and tricky, but impulsive. Bears are strong, but lazy, and so on.

Religion - Roll 2d4
Religion may be shared or taken from other races or cultures in the setting; Monotheists may all worship Zulin, no matter how weird or foreign they are.


Values - Roll 1d10 + 2d20
Roll three times on this table. The first roll is the highest and most respected value among this culture- rolled with a d10. The second rolls are d20s with these being secondary or highly valued, but not the most important, values of this culture. For a less gonzo culture, use d10s instead.

Tech Level - Roll 2d4
This tech level is designed to keep most cultures around a LotR-esque high iron age to early middle age levels of technology and metals. This is my preferred tech-level for fantasy worlds, but you can adjust it by rewriting the table with your own tech levels being in the center.

If this race is isolated from the others (lives under the ocean, in sky islands, on a far away island, etc.) Then the tech-level roll exists where it stands. If this race lives on the mainland or general continent(s) of the setting, then adjust the result to be one space towards the center, normalizing technology in this fantasy world.

Historical Events Table - Roll 2d6
Each Historical event rolled is a significant, major development in this race's lineage and history. Historical events can be rolled chronologically; one per "age" until the race has caught up with everyone else in the setting, or it can just be rolled and sprinkled into the background.

Weird Obsession - Roll 1d50
This table is partially optional; but creates a specific motif or element that anchors the species into the rest of the fantasy world. You can think of a weird obsession as this race's "thing" that every other species in the setting thinks they are all obsessed with- even if the individual they are talking to isn't. Similar to a stereotype, but more broad. For example, humans are obsessed with roads, elves with trees, dwarves with beer, orcs with axes, and so on.