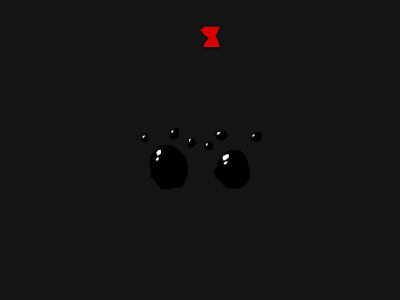 All Giant Evil Spiders begin with;

[1] Big Eyed (Can speak simple words) Two huge eyes dominate its face.
[2] Ghostly (Phasing thru its own webbings) Slightly transparent, wispy visions of death.
[3] Squat (Fast) This spider charges down its prey, rarely needing its webs at all.
[4] Fat Abdomen (Webs paralyze w/ 1 in 6 chance) Fires its webs with great speed and accuracy.
[5] Pregnant (Births 2d6 Giant Spiders when first hit, +3 morale) It has tied eggs to its back with webs and will fight to defend its young. After 1 exploration turn its motherly instincts will fade away.
[6] Hairy (Gains hair cloud attack- kicks up hairs that prevent spellcasting) Tarantula like; the spider's fur is filled with irritating barbs. If killed and skinned, the hair could be sold for 800c

Legs – Roll 1d4
[1] Huge (Can Jump 35 ft) Its forelegs are gigantic and well developed.
[2] Clawed (Gains claw attack at 1d4) The claws on its feet are large and cruelly hooked.
[3] Spindly (Ignores slow and hold spells) It can walk as though on stilts.
[4] Armored (+2 AC) Its legs have bony plates like a crab. It raises them to its face as bulwark.

Color – Roll 1d6
[1] Earth-Tone (+1 HD) This spider almost looks like a natural creature.
[2] White (Stealthy; +1 in 6 chance to surprise) Its body is ghostly, totally silent.
[3] Scintillating (Spider reflects first spell) Its body shines depending on how the light hits it.
[4] Gray (+1 morale) This spider is old, injures along the legs it almost lost.
[5] Green (Frog Minion) This spider keeps a tiny frog which keeps it free of parasites. The frog is a Green Spider-Frog (2+2 HD, AC as leather, 1d6 leap attack, croak on death alerts spider)
[6] Black (Deadly Poison, Add “Very” to front of Alignment) This spider's bite gives a saving throw inflicts enough damage to drop the victim to 1 Hit Point on success. On failure is still death.

Webs – Roll 1d10
[1] Round Web (Change alignment to “Neutral”) The archetypal web, and archetypal spider. Only cares about its next meal, only attacks those that attack it or what falls in its web.
[2] Funnel Web (Hazard) Covers the walls, floors, and ceiling of an area leading to an entrance
[3] Trapdoor (+2 in 6 chance to surprise) Leaps out from a trapdoor; held together by strand.
[4] Airbubble (Aquatic for up to 2 turns) Spins a net to trap air; can dive to great depths.
[5] Drawcord (Can leap/fall and retract) Ambushes or drops down; loves to single out prey.
[6] Net (Web ability has -2 to victim save) Throws web nets with its webbing.
[7] Tangle (Hazard) Spider lays down lines of web during combat, seemingly at random. Party members attempting to flank the spider have a 1 in 6 chance of accidentally tripping over a web.
[8] Projectile (Gains web flail attack, deals 1d6 damage) This spider connects a strand of its web to a stone and twirls it around with its ass to smash it into people like a long flail.
[9] Supernatural (Curse) This spider's web contains many hunched over figures of wrapped up prey. Once per day, it can cast a Curse of Weakness which reduces the victim's strength modifier by negative 2d6. Drops target to a minimum of 1 Strength. This lasts for up to three exploration rounds.
[10] Communal (+1 HD, 1 in 6 chance to attract a Giant Spider upon combat) This spider's web is too big and sprawling for even itself. Tiny spiders, fist sized spiders, and giant spiders all pitch in. The Giant Evil Spider is clearly the alpha of this group. 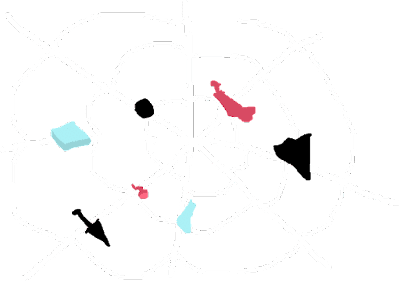 What Priceless Treasure is stuck in the spider's web? – Roll 1d8
[1] Several dozen gold coins, woven into the web at regular intervals; it's art.
[2] Dead dwarf corpse, still clutching a handful of uncut gems.
[3] Silvered Breastplate. Adds +5 AC, or treat AC as plate.
[4] The web itself. This could be spun into silk; 100 coins worth per 1 armful of sticky web.
[5] The still living Princess, wrapped up for supper. Return her to her father to get one single “get out of jail free card” in this kingdom and a thank-you cake with 1000c worth of real gold utensils.
[6] Chest suspended 50ft in the air. If cut down it breaks open with a huge crash and draws in a wandering monster. The chest contains 2d6x100 silver coins.
[7] The Hat of Legerdemain. Any one item, that can fit in your palm, placed in this hat cannot be found by anyone but yourself. Additionally; treat your Rogue level as one higher.
[8] The Magical Sword that will defeat The Dark Lord.

What is this Giant Evil Spider's favorite prey and why? – Roll 1d10
[1] Humans & Elves. Easy.
[2] Orcs. Juicy.
[3] Dwarves. Gets it drunk.
[4] Cave bats. Common.
[5] Wizards. Replenishes magical reserves.
[6] Great heroes and villains. Only eats once a century; sustained by liquefied experience points.
[7] Snakes. Proves that 8 legs are better then none.
[8] Goblins & Trolls. Once you catch one, more come.
[9] Dragons. Natural predator.
[10] Other spiders. Less competition for mates.

What is this Giant Evil Spider's Name? - Roll 2d8