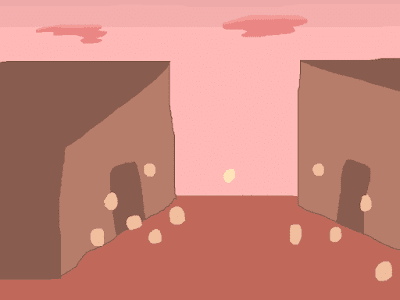 For every Foreigner Template you possess, gain +1 to your Strange Ways skill

Strange Ways
Every Foreigner posses strange ways. Strange Ways is a special class-only skill to the Foreigner. It begins at 1 in 6, increasing by +1 for your A template, and increases for each Foreigner Template you have beyond that. You do not improve the Strange Ways template by testing it- it can only be improved by taking Foreigner class templates.

Once per session, the Foreigner may use Strange Ways to attempt to solve a problem. In essence, you can use this skill to replace the ability of any other skill you may or may not have trained. However, Strange Ways are inherently strange and therefore limited.

Strange Ways rely on unorthodox solutions that only work in a specific occasion, at a specific time or place, or with a specific, uncommon item or tool to be used. For example, if a chicken spirit gives your party a task to balance an egg on your nose without dropping it else she will attack you; the Foreigner would take up the challenge- by poking a needle into the egg and balancing that on the tip of his nose, he can finish the challenge no problem. The chicken spirit will be angry, but must allow you to pass because you succeed at her challenge.

The Strange Ways ability can also be used to perform certain limited feats of magic. Nothing that can copy a spell effect, but something akin to a cantrip or magic-spell-like ability common to magic users. For example, the Foreigner can roll Strange Ways in an attempt to command a lesser demon after dabbing a bit of ash under their tongue; since in their culture that demon holds a position of prominence and is commonly summoned to obey village elders, etc.

Foreign Friend
You have a permanent camp follow/retainer that begins with you in your adventure. They are level 0 and have no special skills or abilities. However, unlike regular camp followers they have no morale, ask for no pay, and will do anything you ask, even suicidal or illegal things. You chatter away with them in some strange foreign language and nobody in the party is quite sure if they're your slave, sibling, or if you're a prince or something; nobody is quite sure.

If your Foreign Friend dies you don't get a new one until way later. This isn't a minion generating ability.

Exotic Fighter
You are skilled in an exotic weapon, an unusual martial arts, or flow in strange motions. Whatever the case, you have a strange fighting style. You get advantage to hit on the first round of combat against people "from around here" as they have no idea what to expect from your weapon skill. If you spend the first round of combat against a foe who hasn't seen your style instead defending yourself, you get advantage on your defense rolls as your sweeps and motions are totally unusual. After that, you must make default To-Hit rolls and Defense rolls.

As a bonus, gain +1 to Combat Maneuver rolls.

Unseen Details
You see things differently from people "around here", and have none of the social qualms about it. When you get this template, pick smell or lick. You can now request extra bits of detail relating to that sense- most people from around here wouldn't be willing to lick a pillar to see if those stains are from water or acid from a hidden trap, but you are.

Important Elsewhere
When dressed in full garb of your homeland, smelt up with foreign perfumes, and flaunt your gold and class- you cannot be directly denied. People can try to stall, ask for their superiors, or try to deceive you but nobody can tell you "no, you cannot talk to the prisoner" or "the west wing is off limits to visitors". This ability costs a single point of conviction to use if you use that mechanic- otherwise just limit it to once per session.

The above ability is really great and is totally stolen from the K6BD RPG called Broken World.

Foreign Friends
At the start of each session, you get 1d6+1 free retainers, lantern-boys, cam followers, etc. equal in loyalty and usefulness as Foreign Friend. If you have over 8 of them, you can't get any more until some of them die off. If your Foreign Friend is still alive at this point, they get to pick an A class template and become a 1st level hireling who does not ask for any cut of the treasure; still bound by tradition.

Do My Eyes Deceive Me
The Foreigner's wealth of unusual knowledge, high senses, and unorthodox ways of thinking culminate in this ability. Exactly once with this character; you may declare a new item or object you find as a significant magic item from your culture, lost in this place. These items still have to thematically make sense; so you couldn't say a random canteen on a dead adventurer refills itself with healing elixir, but saying it has a holy seal on it that lets you change any water put within into holy water with a special prayer would be fair.

The Foreigner cannot make world-destroying level magic items, but the items are akin to powerful magical artifacts with abilities and drawbacks mostly decided with the Foreigner.