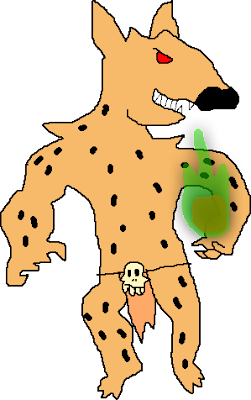 [1] Imp Finger - 1st level
The caster's finger glows purplish red and is pointed at a target. The target feels a rush of pain and feels bites and scratches from an invisible demon. It deals 1 damage per round, and you require a save to concentrate on anything other then madly clutching at the imp. The imp is a real thing summoned by this spell, and can be battered off by anyone nearby- it is banished back to hell the moment it is knocked off your body. Anyone can knock it off of you by making an attack at disadvantage, unless if they have true sight or the ability to see the invisible.

[2] Blood Boiling - 1st level
This spell makes blood boils. Affects all blood in a single container, otherwise only a tiny droplet of blood is effected by this spell. This spell only works on blood removed from a creature that is still warm or "alive" for the purposes of magic.

This blood, if splashed on someone, will just deal improvised weapon damage like splashing boiling water at someone (1d3 damage), and make a save or be blinded for a round if hit in the face. If used on a hunk of meat or severed body part, it will begin to turn red and swell up, and quickly destroy it. Gnolls usually use this spell to boil a whole cauldron worth of blood; either for torture or cooking.

This spell has one special case use. If the spell caster bites their lip while incanting the spell; they can cast it on themselves. Their body begins to sweat and heat up- their insides boiling alive. When next attacked in melee by a slashing weapon or after three rounds, they explode and die in a boiling blood explosion. Shamans are rare enough to be valuable in Gnoll society, but their short and violent lives and general fanaticism means older shamans may use this spell to become living weapons to destroy enemies of their tribe while cackling madly.

[3] Fur to Hooks - 1st level
This spell requires the caster to sever a lock of hair or patch of fur off of their own body. By ripping off or cutting a piece of hair and casting this spell, this spell makes the hair curl and magically turn into metal hooks. The type of metal and its roughness depends on the hair; elves who cast this spell will find their hair turning into golden wire or glint, where as wiry haired gnolls will find scraggly rusted metal hooks, which they prefer anyway.

If cast suddenly and dropped on the ground, they act like improvised caltrops, dealing 1d2 damage to anyone who walks over them. They can also be used around a campsite or torture-tent, the hooks hanging up meat or stretching apart skin. These hooks degrade at about the same rate as the hair would after being removed. This spell is the reason gnoll shamans may look patchy, though it may just be mange.

[4] Ghoul Blast - 1st level
Upon casting, the caster's outstretched hand is filled by some kind of spectral, pale green goop reeking of necromantic energy. The ball is thrown, requiring an attack roll to hit. The caster may add their caster level to the attack roll, as the ball hones in on their target. Upon a hit, the ghoul blast deals 1d8 damage and forces the target to save or be paralyzed for 1d4 rounds. Anything immune to ghoul paralysis is immune the paralysis effect of this spell, but not the damage.

Gnoll shamans can use this spell to take out tough targets and step over them to get at the unprotected innocents behind them, while the rest of the pack eats the fallen guy alive- or begins tying him up to bring him back to camp and sacrifice him to their dark demon gods.

[5] Beast Stop - 1st level
This spell exerts the caster's will over lesser animals. When this spell is cast, 2d6 + the caster's HD worth of regular animals are stopped in their tracks, and cannot move or attack, though they can bite if someone say puts their hand in their mouth. The animals can move and fight back after the first bit of damage is done against them, but won't move when you put a blade to their neck. It works on any kind of animal. Intelligent animals, or highly magical or special animal companions can get a saving throw. Half animal people (like gnolls) can move just fine, but will field unnerved when this spell is cast on them. This spell lasts for 10 rounds, or usually just a whole combat encounter.

Gnolls often use this spell on mounted scouts or knights, dragging the riders off their horses while they stand there. Often, they kill the horses for meat and bones, but prefer sentient flesh to feast on.

[6] Blood Ritual - 2nd level
This fearsome spell is often used by Gnoll shamans to prepare a raiding party. Each member of this spell is marked by blood- fresh blood, but it can be from any source; the shaman, the targets of the spell, or sacrifices. The blood is used to anoint the heads of each target of the spell. When it is finished, the group gains a +1 morale bonus.

Additionally, the entire group marked by blood ritual gains magic resistance. Each member gains the collective HD of the group + the HD of the caster in percentile magic resistance. So an average raiding party of 7 gnolls of 2 HD each with a 3 HD Gnoll shaman casting the spell would be worth 17 HD, or have a 17% chance to resist a spell. After one spell is resisted by any members of the group, the protection ends. In order to avoid this being wasted on something insignificant, this magic resistance may only activate against significant spells. Meaning a 0 level cantrip doesn't trigger it, but a 1st level Sleep or Color Spray spell does.

[6] Demon Maw - 2nd level
This spell twists and morphs the face of the target, which the caster molds like clay in their hands. The face becomes demonic, with elongated teeth and jaws, wrinkled skin, and dark set-in eyes. Using this spell on a Gnoll champion or the shaman themselves, they can look formidable, striking fear in the hearts of lesser men. Unpaid or cowardly retainers must make a morale check if they look upon a demon-maw gnoll.

This spell also has a practical benefit, making the bite damage-die of the target go up by two sizes +1 and count as a magic attack. So a 1d6 bite gnoll would have a 1d10+1 bite attack, where as a 1d3 bite human would get a 1d6+1 bite attack (1d3 to 1d4 to 1d6, example). This spell lasts until the next dawn.

[7] Bouda Charm - 3rd level
The Bouda is a shapeshifting hyena witchdoctor creature who can mimic voices to lure people into the bush and destroy them. The Boudas are sacred to Gnolls, even if they don't necessarily work together. At the very least, Gnoll shamans have managed to steal some of the powers of the Bouda through magic.

In order to cast this spell, the caster requires a bundle of wild animal hair, a bunch of fangs and bones, and wrap these up in twine and wear it as a secured necklace. Once the incantation is spoken and the necklace put on, this spell is passive and constant. It also takes up this spell slot until it is ended.

As long as you wear the Bouda charm, you can mimic any voice or creature noise you wish. You also become able to clap your hands which destroys illusions and forces invisible things to become visible. Wearing the Bouda charm makes you treat your spells and resistance to spells be as though you were one HD or character level higher. Also; the Bouda charm has a passive effect on other Gnolls nearby, making them more willing to listen to and serve the caster of the spell who wears this charm. Even non-Gnolls can sometimes command small groups of the violent hyena-men simply by wearing this.

Shamans with Bouda charms aren't as suited to frontline fighting, as they have given up one of their most powerful spell slots to become a master of magic in other ways. If the necklace is ever removed, even for a moment, the spell is ended and the caster's body erupts in 3d6 damage worth of claws and bite marks from a spectral hyena in an instant- a punishment for spurning the power of the Bouda.

[8] Fire Dancing - 3rd level
This spell spiritually connects the caster of the spell, hereby referred to as "Dancer", with a fire. The fire follows the dancer's movements, growing when they spread out their arms and legs, flowing with their motions. The "fire" of this spell can be stoked by motions and dramatic gestures to give off long flares of flame, launching as far as a catapult- essentially, this spell can be used to turn an especially large fire into a siege weapon. With a sweeping motion, the dancer can make the fire wave across a large area like a fan of flame, blowing over and igniting or consuming everything in its path. With a shrinking motion, the flame can be focused down into a smaller point to concentrate it, and then with a striking motion, it will lash out in a powerful blow against a single target or point and so on.

In game terms, assume the average bonfire has 5d6 worth of fire damage it can give off before being "used" up. Every round, it gains back 1d6 of its "ammunition" by burning through its fuel, with more fuel being added adding more damage back quicker. This spell lasts until the fire is expended, or the caster dies- the fire dying along with them.

Posted by Cacklecharm at 7:00 AM