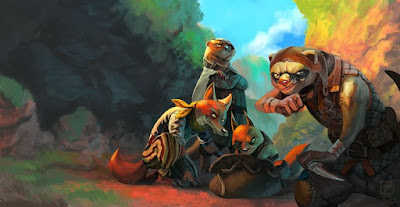 At the beginning of the fight, a Peril is rolled at 2. Each character that fails is ensnared and cannot fight for the combat. The bandits can be bought off with gold, or if you are allied with a rebel faction. Their low body is because they scatter early on if the fight goes bad.
If every single party member has a bounty on their head; the bandits will chum it up with you instead. Nobody with that much heat can be all bad. 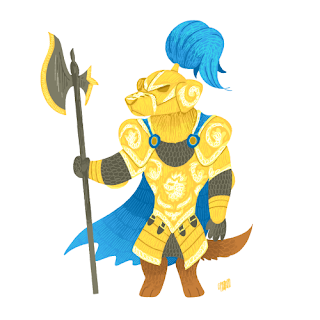 If you have a bounty on your head, you lose -1 dice fighting a King's Guard. This bonus also applies to evil creatures like Banes and Dark Sorcerers. The King's Guard suspect you of a crime or breaking a unjust law. If you let them take you to the nearest castle they'll let you go after three days in lock up and taking an item or two from your pack. This is time you don't have. 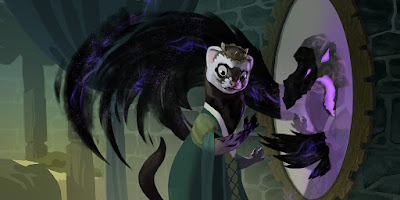 Banes are considered corrupted and add those with less rot to their attack dice. If you get hurt by a Bane in combat, you may be infected with 1 point of rot. Defeating one grants +1 prestige. If you have more Rot then the Bane, there is an X in 6 chance, where X is equal to the difference between your Rot scores, that it is more interested in assisting you then attacking. It will always perform any commands you have in a way that spreads the most rot or corruption, and will smash any spirit stones you're carrying while you sleep. 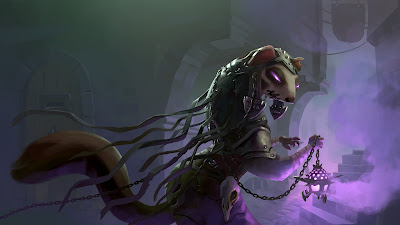 Dark Sorcerers prefer not to fight and instead to cause chaos and summon banes to assault the Kingdom and spread the corruption of the rot. They can spend magic points as a peril to create rot fog- roll vs the peril or gain +1 rot. If you have any Hot Rot Wine or have a Bane following you, they will be interested in a trade; the corrupted stuff in exchange for sparing your life! 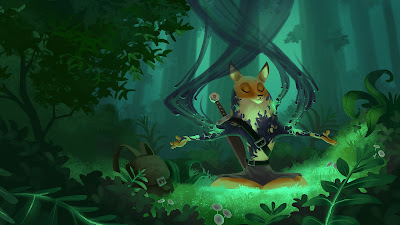 Currently healing herself in a place of natural beauty. Will invite the party to join her if they are infected, but will take up her sword against anyone who is fully Corrupted. She can cast spells involve natural forces for damage including winds, tangling vines, lightning bolts, and flash fires. 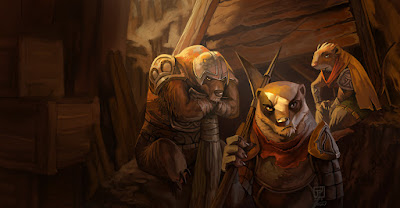 These mercenaries are camped along your path, waiting a letter from their employer. There is a 50% chance the next day they receive the letter targeting your party; and will follow you from behind to attack you the next time you make camp.
If you have recently just buried a party member, a younger member of their band will join you for a chance at glory- and to get away from these cold-hearted sellswords.
Posted by Cacklecharm at 6:00 AM