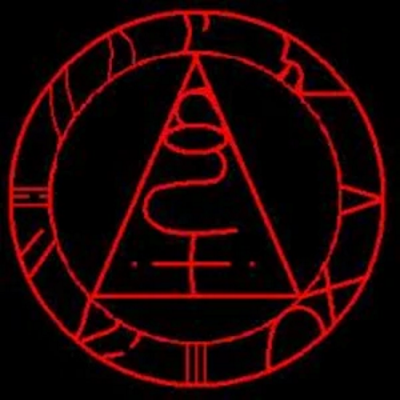 [1] Warp Space - 1st level
Draws a "place" near and dear to the caster's memory and person into another space. This is a false space, but is generally populated with items and things that would fit the original space. For example, the caster could draw their cell from their years in wizard college into the nook between two large caverns down within the ancient caves to act as a slightly more comfortable resting space.

This space has no special protections against the outside world, and requires a visual "break" between places- so you can put this space in a crevice, alleyway, behind a door, etc. When you exit the space from a side, you will go out roughly where the space would have been if it existed. This spell essentially just adds a room or area to an indoor place; making it bigger on the inside then outside, taken from the caster's own experiences. All items or resources created or generated by this spell are found to be mostly ineffectual, before being replaced with something from the real world as though a "real" illusion.

This spell is not permanent, but doesn't have a set duration. Instead, the space slowly fades away meaning people just can't find it anymore, until it's gone. This takes about a week. The caster's death accelerates this to 1d4 hours. If the caster's corpse was placed in the space, then it disappears along with the place and can't be found again, ending up in Nowhere.

[2] Summon Angel - Variable
This spell summons an angelic being down from God. This angel has a HD appropriate for the power of the caster casting this spell. For the sake of simplicity, let's say the Angel has a HD equal to the spell level this spell was prepared and/or cast at.

The "angel" summoned by this spell looks like a beautiful and graceful servants of God, exactly how the caster would envision, to the caster. To those who do not share the caster's beliefs closely, the "angel" looks like a hideous, twitching monster appropriate to the theme you're going for.

The "angel" has the stats of a minor supernatural creature. It has a magic resistance of 20%, as due to its occult origins, but is easily defeated by brute force.

[3] Call Aglaophotis - 3rd level
This spell gives the caster a magical sense of the location of nearby Aglaophotis; a rare and very special herb. The herb is said to have magical protective properties and is known to be able to bind and banish the "angels" of the order. When using Aglaophotis, consider it as a multiple use Protection from Evil spell if smeared on a surface or smoked for incense. If forcibly ingested or thrown on an angel, it deals damage equal to holy water and will force them to discard any glamors they may be using to hide their true appearance.

[4] Seal of Metatron - 4th level
This powerful magic seal is said to be able to increase the supernatural power of the user- but it serves both good and evil masters, and is incredibly difficult to control. As such, even learning of the symbol is difficult. It is an arcane and occult power.

The Seal of Metatron must be carved or painted in the world to be effective. Larger symbols seem to be more powerful, and multiple seals can be used to create an even larger Seal, further boosting its abilities. The caster who controls the Seal gains the power to spread their supernatural essence and influence over the area where it is drawn. This can include remote viewing, appearing as a specter, or even replacing reality with one's own vision of it- but this is sporadic and very taxing.

For each Seal of Metatron, consider the caster as having 30% control over the area just around and within the seal, growing with each subsequent seal. In this case, "Control" is more akin to reality warping then anything else, but requires the caster to already have magical power or a way to control reality, else the seal will do nothing.