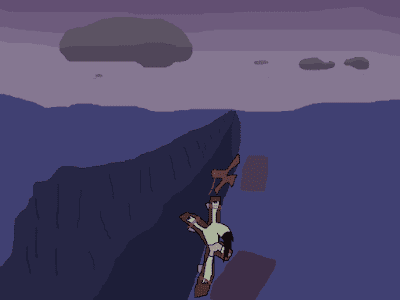 To say the name of a thing is the same as bringing the thing to you- which is why you never speak the name of a dreaded creature. To speak of something that can go wrong, then it will happen. This is a common superstition, as words have power. The most venomous use of words can be a curse- a curse inflicted by words.

To wish ill on someone directly is to curse them. All you have to do is speak; to tell them they will fail, their children will go blind, their crops will wither; anything can be a curse if spoken with conviction and malice. "May your genitals rot and fall off!" is as valid a magical attack as any fireball or magic missile.

Also; the referee gets to decide how the curse is actually implemented. The curse may be a subtle, fate-altering sort of thing where you question if it even exists, a sort of lingering sickness or malaise that permeates the cursed beings or place, or it could be a visible streak of glowing magical power that brands its victims with its effects like ghostly glowing tattoos that are bound to their skin. You could also have the curse's level of supernatural effect (in terms of aesthetics; the rules are the same) to be based on the power level of its caster.

Speaking Curses
To cast a curse, the curser must simply speak out load and wish ill upon someone. Saying this directly to their face is many times more powerful then saying it alone, but curses can be cast even when the victim of the curse is nowhere present. Typically, in these curses, a proxy or voodoo doll is used to cast the curse. Or the curse is put in place through written text or symbols; nailing a severed chicken head on a neighbor's door is an example. Witches are quite skilled in this.

The real terror of curses though is that anyone can do them. It's not just witches or sorcerers or those with magical powers. I really like the idea of some random beggar the PC's harass and rob can curse them with horrible misfortune.

There are two kinds of curses. Spiteful Curses and Vengeful Curses.

Spiteful Curses are curses cast by evil or cruel beings. They are often associated with brigands, goblins, demons, sailors, and witches of all kinds. Spiteful curses are differentiated by being purely based on spite and malice- the curser is simply wishing ill on another person through their words. Clerics/Paladins/Holy Men are immune to the effects of spiteful curses. They are protected from evil by their gods- no matter how much a witch screams, the paladin is in the right for burning her at the stake.

Vengeful curses are the much more powerful type of curse. These curses are cast in retaliation; they can be cast by anyone of any alignment. Divine protection does not apply to these kinds of curses, as they are a punishment for sins.

Whenever a character casts a curse, write down the wording of the curse. More vague curses can manifest in more ways, but will be noticed as being part of the curse less often. Something as simple as "misfortune befall you!" is still a curse but could be basically anything, where as "you will transform into a mindless beast on your wedding night and slay your bride!" is much more specific. The words spoken at the time of the curse will determine how the curse manifests, if at all.

Finally, curses don't stack. You can only be affected by one curse at a time, though if a new curse comes around that is similar or eerily related, it can add to the original curse's power.

Spiteful Curses happen in a 1 in 6 chance, where as Vengeful Curse have a 4 in 6 chance of happening. If the curser died just after speaking the curse, then add +1 to the 1 in 6 chance for the curse to happen. If you get cursed by multiple people at once, add another +1.

Curse Mechanics
Once a curse "sticks", the characters suffering from the curse (all present or guilty of the crime that caused the curse in the first place) will now be haunted by it. Whenever a situation or event presents itself that mimics the words of the curse, once per session, the DM can manifest the curse.

For broad curses without a specific "activation"; such as being cursed with bad luck, give a percentage chance of the curse occurring each time it could manifest. Very vague or broad curses could be given 10%, where as something broad but more specific (such as "the spirits of the dead shall drag you to your doom!") could activate whenever the character goes near a pit, tar pit, or patch of quicksand, giving it a 30% chance to activate, etc. In these situations, the characters noticing or calling attention to the fact a curse just happened gives it strength- increase it's chance of manifesting by +5 or +10 percent.

For specific curses ("If you burn my sacred tree I swear you will not live to see the dawn!"), the curse always manifests once it has stuck to the party members.

Whenever the curse manifests the DM/GM must pick one of the following options. 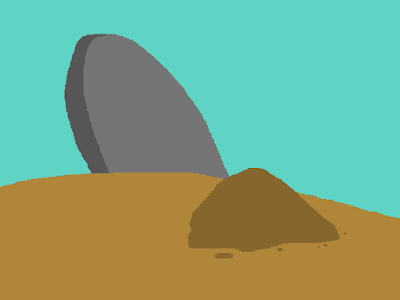 Curse-Breaking
Spiteful curses are simple to fix; they require magical aide. Lucky charms, prayers and ablutions at temple allow the individual a saving throw to remove the curse instantly.

Vengeful Curses have more staying power, and are more personal. The cursed can  seek forgiveness from the curser- either through a direct and sincere apology or from performing actions opposite what got them into this mess in the first place to prove they have changed or feel guilt sufficient to be released from the grip of the curse. The magic of a Remove Curse spell has a 1 in 6 chance to succeed; if it fails, then this curse cannot be removed via magic and only divine intervention or reconciliation can end it now.

Finally; the wording of some curses  means they have a set ending. To say that "I will have my revenge on the seventh day!" means that that day has to be where the curse occurs, otherwise it is dispelled and gone forever. In such cases, these curses are more powerful, and the DM may pick three of the options on the above list to happen to the victim(s) of the curse.

Your party finishes a job of killing a bunch of hobgoblins living in an blind old crone's garden in exchange for some gold. She reveals she lied and only had about half the amount she promised, as she is a poor old woman. Outraged, your barbarian pushes her down and she hits her head on the table, dying. In her last breath she curses you to be blinded by your greed. The DM decides this is enough of a justification for a Vengeful Curse.

In this scenario; the event was morally ambiguous with all parties at fault. If the party members give the old woman a proper burial and if the barbarian feels at least a shed of guilt over what happened; the curse won't happen.

In the event the party raids the old woman's house and spits on her corpse for crossing them, the curse will happen.

Later, a PC slays an acid slime. The DM rules some of the ichor splashes into their eyes and makes them partially blind for the rest of the dungeon, granting a -2 on To-Hit rolls. The next session, another PC is struck with an arrow. The DM rules it is an ominous portent, which barely glanced the side of their skull. The next roll, it is the barbarian who is in a tight spot against an evil sorcerer. The sorcerer casts a flame spell and managed to sear the eyes of the barbarian out of his skull, permanently blinding him just as the old woman warned. With the main victim of the curse punished; the curse is now complete.

An old prospector knows of the treasure in Dead Man's Gulch, but refuses to go in their as he doesn't trust anyone else and he can't risk fighting the monsters there himself. When he sees the PCs about to sneak in, he spits and curses at them from above the canyon at a safe distance, saying they will meet their death in the canyon. The DM rolls this for a spiteful curse- the curser is still alive and is acting out of selfish reasons; as such the Paladin in the party is immune to this curse, as they go with God.

The DM rolls the curse to happen. The other party members are effected by the curse. Halfway through, a fight breaks out. The DM rolls a percentile roll to see if anything happens; and it does. The DM rules that a character who failed the surprise roll has to make a save or twist their ankle among the stones, becoming dead weight and making escaping the canyon while monsters pour down to attack more challenging. The party hightails it out of the canyon when they realize it will be tougher then they thought; ending the effects of the curse. In this situation, the party may be immune to any further curses by the prospector, as they already defeated "his curse" the first time.

The party raids an ancient temple and finds a sarcophagus. The wizard can read the writing on the side to see that it is cursed; anyone within is fated to die from their own hand. You could say that the curse never activates if they never read the warning, or it would happen either way. The wizard begs the party not to open it, but they do anyway for the promise of riches. Black smoke issues from the cistern. Because this is vengeful curse and is applied by an ancient mummy, the DM rules it is quite strong and all who breathe the smoke are cursed with a level of level drain.

Later in the temple, the thief fails a roll and dies to a trap from their reduced saving throw bonus after having a level drained. The fighter is also killed in a fight. The wizard remains and, taking it upon himself to break the curse, returns all the treasure to the sarcophagus and severs his own hand. As the blood soaks the stone, the debt of the curse is repaid and the temple releases its grip on him, letting him leave with his life.

Curse Example #4- Curse of the Shewolf

The party fights a group of wolves in self defense. As the wolves flee, the alpha bitch of the pack reveals she is a magical forest spirit- and curses the party to die in winter. While a spiteful curse, this curse is rolled and activates.

Every time something happens or is found in the woods- a corpse here, sudden snowstorm rolled on a weather table, etc. The party members start to accuse and believe that every event is the result of the curse, giving it more power. The next two times the curse manifests, the DM just creates another portent. Finally, when the party is forced to return to town during a blizzard, the DM rolls on an encounter table with +2 from the portents, calling a group of evil white wolf spirits to attack. The party, low on supplies and health, is wiped from the encounter and the curse of the shewolf is considered ended.

Posted by Cacklecharm at 6:30 AM