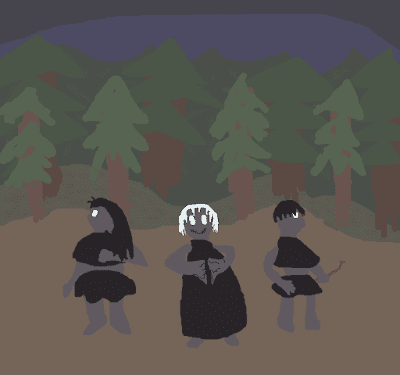 Witches form covens. While some Witches follow goats, or even entire covens rely on demonic tutors, many of the more nature-ish variety do not. Covens are supposed to be 13 members, which includes all the Witches of all levels. Apprentices, the senior members, the leader or head witch, the number is 13. Male Witches are less common then females, but still exist. They can also exist within a coven without contributing to this number- Witches can be male or female, but a coven should be 13 female witches. That's the rule, it's always been that way. Male Witches therefore have a sort of secondary and somewhat elated status, still a Witch with all the magical training and powers of a witch, but not part of the core, able to leave the coven, but not as integral.

Most witch-covens live in small rural communities, often made up of members include young orphans, daughters of farmers, old spinstresses, and hermits from several neighboring towns. Witches tend to train with oral tradition instead of the scholastic approach of your typical Wizard academies, which tend to be more male dominated, but Witches have a negative connotation- a bunch of girls dancing in the woods able to cast curses and entrance people doesn't have the same level of respect as a hierarchical Wizard university. But don't assume just because Witch-covens are mostly female means they lack teeth. Sometimes, especially near larger cities or in rapidly growing or multiracial towns and communities, Witch-covens fight. But when your coven is supposed to be around 13 members at all times, how can you bolster your ranks? Beyond simply harboring more elite and skilled members; How can you get an edge against another coven if both sides are going to have roughly the same numbers?


That's where the Male Witches come in. 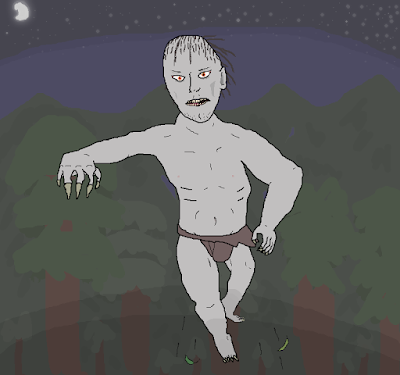 The Carnivoro is a male witch, given a true purpose. They are fed raw meat, secluded in wild places, have their teeth and fingers filed to points, and are given an unholy loyalty. Carnivoros are the “carnivore” aspect of nature, the predator, suited to the male nature of a male Witch. Female witches tend to embrace the aspect of the herbivore, of the protector, and of mother nature herself- they cannot become a Carnivoro. They become totally bound to their coven and the leaders of the coven, acting exactly as a loyal, trained wolf, still filled with unnatural savagery. The power of a Carnivoro depends somewhat on how crafty and powerful the original Witch-man was before he was changed, and somewhat on the cruelty and power of the Coven that made him. Carnivoros are not men anymore, they are pets. They may be frightening, but it is the type of fright one has when the Jade Empress pets her tigers by her throne. They are powerful, but they do not have the power. She does.

Carnivoros are first and foremost, Witch killers. They are trained to kill Witches. They can follow a scent as a bloodhound, and have perfect vision in the moonlight. Whenever a carnivoro is made, they are made for the express purpose of Witch-on-Witch warfare. They can smell any kind of magic user, to a radius of up to 8 ft per Hit Dice, and get no penalty to hit crafty Sorcerers trying to sneak away while invisible. They have high saves against spells, are much stronger and more deadly in combat then anything an untrained and unarmed female Witch could muster, and are stealthy enough to surprise opponents on a 1 in 6 chance, increasing by +1 if ambushing from a forested area and another +1 if they have at least 7 HD.

Carnivoros are imbued with powers and abilities that suites them at killing magic users. They can 'eat' magic items and beings, their bite counts as magic. They automatically absorb the magic in any item they eat, restoring 1d6 hit points and a single spell/spell slot that is readied with a closely matching spell. For example, if they eat a Wand of Magic Missile, they'll gain a prepared 1st level spell slot containing magic missile or another similar spell. It takes them 1 round to bite a wand in half, 2 to gnaw through a staff, and up to a turn or more for metal items or armors. They are also cannibals, and will feed on the corpse of any magic user they kill- this restores another 2d6 hit points. Carnivoros always look a bit starved and skinny unless they are winning a war; regular food doesn't fill them the same way witch-flesh does.

While Carnivoros have gone through a transformation and have become savage and animal, they are still themselves magic-users. They remember their training, and still use magic. Mostly, they prepare offensive spells, entangling spells, and spells to counter the magic of other magic users and Witches. They can also use weapons, but their magical claws tend to be more powerful then ordinary steel. They can also wear light armors, but paw at them and whine like a dog in a sweater. They yearn to be naked, free, stalking their prey. Carnivoros almost always hunt alone, but during huge offenses against a rival coven, they may be sent out in a small pack.

Mini Carnivoro Story-Seed Table – 1d4
[1] Several large wolves, bears, and cougars have been killed nearby, a few of their teeth missing, with shed pointed human teeth littering the ground nearby. He is improving himself.
[2] This group of witches is using their Carnivoro as an assassin for hire- menial work for a predator. He is becoming so thin, you can almost see right through him. How long until he snaps?
[3] There is a young witch who believes she is being hunted by a Carnivoro sent by a rival Coven. She is desperately seeking bodyguards. The Carnivoro strikes in 1d6+1 days.
[4] Once the war ended, the Carnivoro was no longer needed. Instead of threatening its wrath, the Coven banished it to a small foggy island. He has killed fishermen, lured by phantom lights.
Posted by Cacklecharm at 2:00 AM