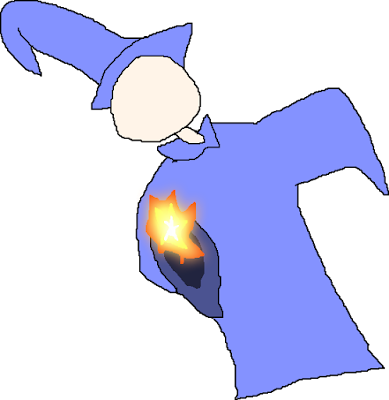 I made this rule specifically because because of the common complaint I see with D&D- that magic users never fail to cast spells and spells are a reliable 1 to 1 resource trade. While balance discussion on the games is pretty annoying and I've already discussed it to death, some chance to cast spells without too much change to the core rules might be an interesting addition.

Whenever a magic user casts a spell, roll a d20 and add their Intelligence modifier. Then, use the following chart to determine what level the spell is cast at.

The spell is cast as though the magic user is of the level rolled on the table above for the purposes of spells scaling, damage, or resistances. If the magic user rolls low enough that their level drops below the caster level that can cast a spell of that slot (5th level Magic-User casting a 3rd level spell, gets a -1 to their Caster Level from the spell) the spell fizzles instead, the slot wasted OR the spell going haywire, depending on the DM and the tone of the game.

Using this system, spell casters can fail spell casts and have variation in how powerful they are each time they cast the spell. While this system could also mean that magic users can cast spells with better scaling, a few extra damage dice or rounds of duration a spell gains from the MU being higher level is minor compared to the extra chance to fail a spell outright- this system is slightly weighted towards the negative aspect without modifiers, hopefully making the magic user a little less powerful for those that believe the MU is too strong.
Posted by Cacklecharm at 6:00 AM