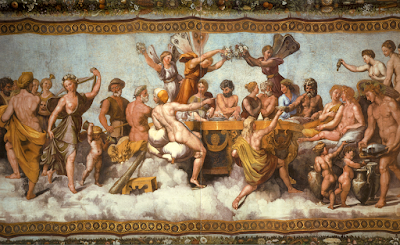 There is a force in the universe behind the presence of people. It is the force behind commands, requests, manners, ranks, titles, and the relationships between people- but this force exists on a cosmic level. As you grow in importance, this power grows with you. It could be thought that this power IS your skill, daring, luck, power, and strength all in one, or is a result of growing these, or is the force from which all of these things flow. I am course referring to Numen.

Numen is the power in the voice that makes things obey. Numen is not necessarily a tool of tyrants or conquerors; the calm voice over a storm to calm the nerves or to lead a troop in glorious battle are both uses of the art. Most Numen is expressed through the spoken word, but not always. It is the way and reason why some people just seem to fill the room with their presence. Why you can see someone by how they “carry” themselves and they just seem important, or powerful, or kind, or dangerous. Numen is power personified.

The more powerful one becomes, the more powerful this becomes. The power of even common folk to hold undead at bay through sheer belief is a use of Numen- though this is closer to borrowing the Numen of a stalwart deity then using yourself. At first, Numen's effects are subtle, limited to those with understanding, but eventually, fate can be bent. Even greater beings command even greater forces. Cultures with great high kings may see their rulers commanding barren trees to give fruit, or calling the rain down, or calling for the true criminal to be found, and these things will so happen. If not directly, through happenstance, but the more powerful the individual is, the more obvious and rapidly things will obey their wishes.

At the command of a God- rivers stop and storms are tempered. Wars cease and men stand still. This power is not sorcery. The God isn't brewing a potion or speaking a spell incantation, they merely raise their hand and the world obeys. This is because the Numen of a God is simply that powerful; they do not require droll magic to perform this act.

It is also the power behind the highest wizards, demonic forces, and heroic super-men. When a Wizard flicks his wrist to slam the windows shut, it is not a spell doing it, truly, but the man's decades of cultivation of his Numen. Intentional or otherwise, Numen grows through experience, hardship, and training. It is akin to ki/qi/chi. It is level ups and experience points justified in a fantasy world. 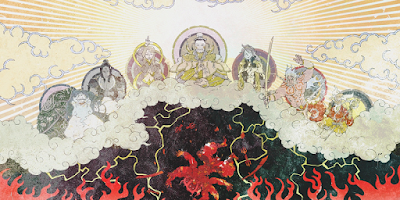 Numen doesn't need to be quite as deep as all of the above though; you can think of it as bullshit factor. Maybe your players wants to do something dumb, like wear a mass of chains around their body and get stated as chainmail. At level one? That's bullshit. But at level eight? Max level? “Higher”? Why not? At that point, just let them have it. I don't see the point in entrenching realism in a high fantasy game world, especially characters that are growing to such a point. Instead of the only vector of their growth being in their stats, skills, and HD, let the world around them bend a little bit. This is Xianxia cultivation, not reality.

Magic items are influenced by Numen. So are the “themes” of a character. The north-man viking guy can totally channel the cold wind of the north to blow your ship around the icebergs, but somebody else in the party couldn't. Gods likewise have power over their specific aspects most of all. Any God can transform a disobedient mortal into a monster or animal or whatever, but only the God of Fire can make a volcano explode or turn somebody into a volcano. That takes mojo. Also, if you don't like the name “Numen” and think it's too Romanish for your fantasy setting, just use Mojo instead. That's just as good, if not better.

Extra Uses of Numen
[1] Vague/cheaty equipment uses. Welding two axe blades to the end of a “walking stick” to make an improvised battle axe that wizards can use?

[2] Pour your essence into a magic item and control people like Sauron. Beings with enough Numen don't die the first time around for this reason, hence why “Mortals” and “Immortals” are totally different breeds of people.

[3] Purely flavor movement/unimportant mechanics. I've never understood why people get annoyed when the Rogue player wants to do backflips. If the mechanics are the same as moving, and especially if the combat is theater of the mind, this literally does not matter in the slightest. The Rogue has 16+ Dex and is level 5? He can do backflips and slash people on the way down. Don't even need to change his to-hit and AC. Just play the game.

[4] The presence. When a weird old man wanders into the King's court, but yet everyone seems to want to listen to him anyway? It's the power of his wisdom and Numen. Normally they'd write off the old cot as an insane loony, but Numen forces people to look past appearances.

[???] Same as the one right above but specific to a character. The big reveal. When your character gets their mask pulled off and everyone KNOWS who it is despite these societies not having photographs or it being literally years since you saw someone but they instantly jump into your mind. Odysseus returning from the Iliad and all that.

[5] Intimdiation Checks. Instead of rolling or adding in an extra ruling for it, whoever has higher Numen can force the other one to look away. Especially if done through eye contact.

[6] When a dog/robot/magic item has to choose between two masters, it will pick the one with the greatest Numen.

[7] In universe fact checking or power level scanning. You take a look at the guy's Numen aura energy or hear his voice and can just tell he's a 7th level Fighter with x and y special moves.
Posted by Cacklecharm at 9:58 AM