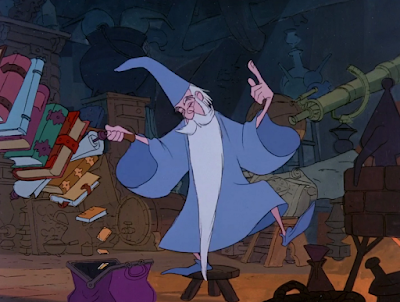 10 Camp Spells
[1] Water Reversal
This spell takes an amount of water equal to a large cooking pot or less and "reverses" its heat and temperature, from cool to boiling. Boiling water becomes cool and and can be drank instantly after being purified for instance, cool water becomes boiling to speed up cooking. This spell works best on a large amount of water in one place; if the spell is used on a puddle of water it will hit a few cubic feet, if used against water splashed on someone's skin it will only be able to hit a few droplets; roughly equal to a handprint in size.

[2] Many-Colored Pool
This spell is used in a body of water. It requires touch to use, and is often used by those relaxing in a hot spring or those within a noble's pool. From the caster's hand comes bright and colorful lights which fill the water with it. While this spell can be used for entertainment purposes, it can also be used to light up dark pools of water or to more safely swim at night; granting it a use for exploration.

[3] Queue Spell
This spell magically creates slips of paper, marked sticks, or some other form of item that denotes number. When handed out to people, grants a number. If the slip of paper is ripped up, stolen, or altered it will revert to whatever number the person should have, making skipping in line impossible. If a person with a number dies or is disjointed from the plane, everyone with a number above theirs automatically skips down a number. The mage can also "clear" someone with a number to remove them once whatever they were doing is done, letting everyone know how many more people are ahead of them in line by their number.

This spell is used by wizards at busy markets, in fairs, and even more clever uses like long distance communication. However, it was originally created by healing mages to hand out from the hospital tent in army camps after grievous battles- that way, the many who died before being seen wouldn't need to be searched for when a bed opened up.

[4] Cleaning Solution
Squirts a thimble of acidic fluid from the tip of your finger. After a few seconds, it puffs up into a froth that can be washed away with water, making it perfect for cleaning pots, pants, as well as removing rust in small amounts from weapons and armor. The acidic isn't strong enough to hurt living things except cause a little skin irritation. If you squirt this into someone's eyes I guess it can do one damage MAYBE.

[5] The Clean Smelling Pants
Due to a quirk of this spell's arcane formula; it can only be cast on a pair of pants. If you don't plan ahead, somebody is going to go around in there breaches to use this spell. If you're playing in a Greek or Roman fantasy world, these may be harder to get then you think.

This spell is cast on a pair of pants and strung up on a tree or pole- similar to a flag. The pants make everything in the area smell fresh, clean, and blows away foul vapors or miasmas. Has the strength to cover one campsite or a decent sized cavernous chamber- extremely useful while traveling through the blightlands, horrible abandoned battlefields, or the toxic swamps. This spell also has the knock on effect of covering your party's own scent and animals in the area, but clever creatures may realize that a lack of smelliness from nature is a hint that you passed through this area.

[6] Good Times Spell
Makes clothes and costumes more colorful, adds bangles to your bracelets and rings, fills the air with the scent of wine, and makes music carry and cheerful. In practice, this is a wide-scope illusion spell that increases the atmosphere of any party or celebration; everyone here is guaranteed to have a good time.

Any sufficiently neutral creatures who like to party (satyrs, goblins, etc) are treated as though under the effects of the Charm spell for up to two weeks after this spell is cast and they participate. This isn't a magical compulsion, they're just thankful for the good time and consider you a friend.

[7] Sala
Salt is extremely useful for many things, like cooking, cleaning, preserving food, making magical circles, banishing ghosts, and killing slimes, so it makes sense somebody made a spell to create it. But salt is a magical material, so you can't just make it from nothing- So this spell creates a small handful of salt by drawing it out of your body.

[8] Faithful Cat
Like the Faithful Hound, but a kitty instead. It can't fight or warn you of intruders, instead it just kills rats. When you wake up in the morning, they'll be a pile of 1d6 mice or other small pests by your bedroll.

This spell is a bit of a cheat; because you probably could actually use it in combat if you really needed to. Then again, I think if you summoned a regular cat  in front of a giant hoard of flesh eating rats it would probably just run away.

[9] Light Weight Heavy Weight
This spell can be cast on any item that could fit in a backpack, sack, or satchel. The item in question automatically rises to the top or bottom of the sack over time; from being jostled around during a hike or carried on horseback, etc. Using the "heavy" version of the spell will make an item sink to the bottom, making it harder to find by a guard's search or using a "light" version of the spell will make something useful rise to the top consistently so you can pull something important out of your pack whenever you need it.

Does this work on bottomless bags? Yes. Just be careful about casting "heavy" weight on something in there, as you won't be getting it back.

[10] Animal Decoys
This spell can only be cast on animals. Animals of every size can be used for this spell; but the effects might be a little wonky if you're casting it on rats or elephants and stuff. If you can get a dog to ride on the back of a horse you could totally cast this on a caravan group as well; but not on animals pulling wagons or actually doing anything useful; just ones standing around.

Every animal in your camp or entourage is magically gifted clothes, stilts, wigs, and other such adornments from thin air which creates the illusion of them being a person. From a distance, every animal will appear as one "person" to scouting enemies or thieves. This means your tiny adventuring party of like 6 people could appear as a huge patrol of like 20 soldiers but its really just dogs and mules in wigs and stuff like that.

Posted by Cacklecharm at 7:48 AM